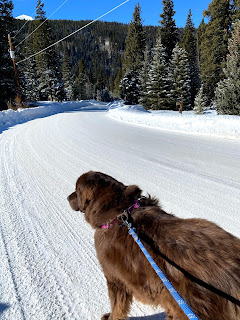 Oh I was going to be late, I thought to myself as a rushed through the front door of St. Mary’s on Thursday morning. I was in fact two minutes late as evidenced by Father Stephen’s presence at the altar, singing the opening prayer.

Normally, if one is late for church, you slip into a pew at the back of the church, hoping not to be noticed. However, because I’d signed up to be the Lector at that morning’s Mass, I had to go right to the first pew. I made it with only a minute tto spare before I had to climb the stairs to recite the first reading, from the First Letter of St. John.

As I began to read, my heart smiled. The passage seemed to reflect what I’d begun to write the night before, after my first column topic was changed by the events I’d watched on tv.

Let us love, then, because he first loved us.20 Anyone who says 'I love God' and hates his brother, is a liar, since whoever does not love the brother whom he can see cannot love God whom he has not seen. 21 Indeed this is the commandment we have received from him, that whoever loves God, must also love his brother.

Usually, I come up with the topic for this column on Monday and sit down to write it on Wednesday. For this week’s column I had two topics or ideas to choose from, both inspirational essays on New Year’s resolutions.

But then something happened in Washington, D.C. and like the rest of the country, I spent the afternoon riveted to my television, wondering if our government would be overthrown.

The last four years have been politically tumultuous and our country has been torn apart as a result.

Most difficult for me as a person of faith is to see that even among people with whom I share the same beliefs we are on opposite ends when it comes to politics. Up until Wednesday, I took that divide in stride and hoped that after the Inauguration later this month, things would improve.

After the insurrection in our capitol on Wednesday, we received a warning that our country is at a dangerous crossroad. And we must choose what we as a country, as people of faith, will do next. We can no longer, politely decline to discuss politics with those we share a pew.

I believe that we need a national day of prayer. Not to pray for a particular political leader but to pray for our country, not as an abstract concept, but for our survival.

We need to repent of our sin and our arrogance in using God‘s name as a cudgel to claim the moral high ground and to judge one another. We use God‘s name to divide ourselves, brother against brother to claim that God is either a Democrat or Republican and doesn’t like the other side, which is of course nonsense.

We must repent of taking God’s name in vain. Because that is exactly what we do when we use the name of God to divide ourselves against one another. If you find this difficult to swallow, please read the passage from the First Letter of St. John, again.

We must humble ourselves and admit God‘s sovereignty as the only real leading figure who can save our country at this time. Not any political ideology, not any person. Only God can save us, but we must be willing to humble ourselves and repent of our arrogance and our anger and how we have used both to separate ourselves from one another.

Perhaps once we have done this, once we have humbled ourselves and repented of our sins, our eyes clearly see that the person that we hate because of their political beliefs is actually our brother, a person who is a fellow American.

Once the scales have fallen from our eyes, perhaps we will see that we are one nation under God, indivisible, with liberty and justice for all. These are not just words, but the foundation of our strength and our success.

In the Sermon on the Mount, Jesus said, “Blessed are the peacemakers, for they shall be called children of God.” (Matthew 5:9)

We are all children of God. And so we must all become peacemakers now. And settle for nothing less from ourselves and those who lead us.