Women are Highly Esteemed in the Eyes of This Man 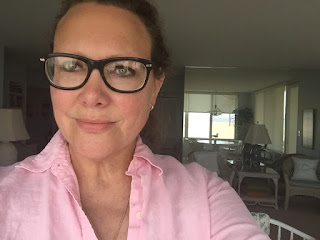 I enter the sanctuary of Our Lady of Peace Church and my eyes adjust to the dimmed lights as the only illumination comes from candles on the altar and their glowing reflection in the monstrance holding the Blessed Sacrament.

My friend and I had come to join the Mary and Martha’s quarterly meeting which started with an hour of Adoration.

I took my seat in one of the pews, knelt, and surreptitiously glanced around the sanctuary. In the gloaming, I could see thirty other women kneeling like sentinels in silent prayer.

Over the course of the hour, we would remain in contemplative silence.

As I slipped in and out of my prayers and wandering thoughts, I considered how pleased God must be when he sees us gathered in the simple and divine act of Adoration.

But in fact, women are highly esteemed in God’s sight not matter where we are.

We only look at the life of Jesus Christ to understand how dearly he cherishes every woman.

In the Gospel of Saint John, a group of men bring a woman caught in the act of adultery before Jesus and demand that she be stoned, according to the law of Moses. Jesus replies, “All right, but let the one who has never sinned throw the first stone!”

When the accusers heard this, they slipped away one by one. Then Jesus stood up again and said to the woman, “Where are your accusers? Didn’t even one of them condemn you?”
“No, Lord,” she said. And Jesus said, “Neither do I. Go and sin no more.” (John 8)

Included in his inner circle of friends were Mary and Martha. Both women were invited to sit and listen as he taught his disciples. (Luke 10) In Jesus’ day, it was unusual to include women in an educational setting with men.

After his resurrection, Jesus appears first to Mary Magdalen, not to one of his male disciples. This honor speaks volumes of his regard for her. (Mark 16)

As a young girl, Mary, who would become the Mother of God, was met by the angel Gabriel, who declared her highly favored. During the agony of his death on the cross, Jesus commands his disciple, “Here is your mother.” He demonstrates not only his love for this remarkable woman but also the honored place she would have throughout history.

The words we speak to women and about women can uplift or hurt; their impact can affect a woman’s future by how those words make her feel about herself.

Jesus Christ knew the importance of words. That is why the Gospel of Saint John describes him as the Word that spoke creation into existence.

And it is why Jesus used his words to uplift and heal the women in his life; both loved ones and complete strangers.

As always, I hope we will follow the wisdom and love offered by Jesus life and death and resurrection.

No matter what is said about you by others, Jesus says you are beautiful.

No matter what is said about your past, Jesus says it is forgotten and forgiven.

No matter what is said about your value, Jesus says you are priceless and worthy of love.

In our current political climate, it can feel as if every day another right women take for granted is threatened. Yet, women were highly esteemed by Jesus Christ and were a vital part of his ministry and the early church. If God is for us, who can stand against for long?

And that means no man......not a president, not a congressman, or senator, or coach, or teacher, or father, or brother, or anyone else has the right to sexually harass or assault a woman and get away with it.

Jesus Christ defended women. Anyone who calls themselves a Christian and assaults  or harasses women is not a follower of Jesus Christ. 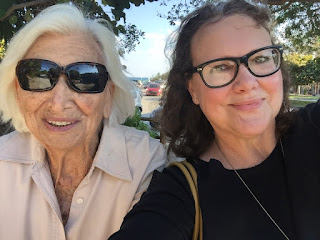 Enough is Enough. Please consider posting this on the FB page of your Senator or Congressperson: Why aren't you calling for a congressional investigation into sexual assault by Donal Trump and members of congress? No person is above the law, especially one who has bragged about assaulting women on tape. We will hold you accountable in 2018 and 2020.