did God make a mistake? 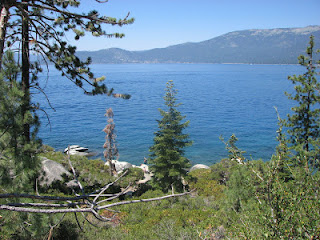 The retreat instructions were clear.

The priest spoke for thirty minutes, then we’d go into the sanctuary to silently contemplate the discussion questions, and afterwards return to share our answers.

Here’s what I did: I placed the unopened booklet of questions on the pew next to me, knelt in prayer, and began a discussion with God on my favorite topic: the job that got away.

The one I’ve been writing about since October. The one I discussed with Father Joe in December during confession. Father Joe wondered if I thought God owed me an explanation?

Apparently, I still wasn’t satisfied because like a dog with a well-worn bone, I ‘discussed’ this question with God every time I went to Mass. And then every morning as I did my morning devotions, and every afternoon as I walked my dogs along the snow packed roads of my neighborhood.

To be honest, it was a one-way conversation. To be entirely honest, there wasn’t an opportunity for God to get a word in edgewise.

But on Saturday morning, he did.

As I stated my case ad nauseam, God interrupted and asked, “Are you trying to convince me that I made a mistake?”

And through my mind flew the words to a familiar verse, “I know that God works all things out for good.” Did I believe that? Or was I certain that this time, I was right and God had missed the mark.

My lack of humility was born out of shame at my own failure. My remedy to tell God that he’d made a mistake, was easier than accepting that he hadn’t.

To believe that despite my disappointment, ‘God would work this out for good’ would require faith, another word for trusting God. Something I’ve failed at too many times to count.

Then I recalled all the times I had prayed desperately for an outcome, and years later with equal fervor, thanked God for saying ‘no’.

Reflecting on these moments of rare humility, I see an image of myself as a child clinging to the edge of a pool, afraid to let go.

How can I trust God if in the deepest part of my heart, I believe he’s gotten it wrong?

Humility is not my strong suit.

Just in case the message didn’t get through that morning, God made sure I was well acquainted with it by the end of the day.

When I knelt in prayer during the second break for contemplation, I looked up at the beautiful Divine Mercy mosaic of Jesus and then my eyes trailed downward and below his feet, at my eye-level were the words, “Jesus, I trust in You”.

Allow me to quote Father Jeff:

“Jesus proclaims that it is the “poor in spirit” and the “meek” who will inherit the blessings of God’s Kingdom.
“Why is that so? I think it’s because the humble are the ones who’ve learned to rely completely on God. They trust Him more than they trust themselves, more than wealth and more than earthly power. And, because they rely on Him for everything, they are most open to doing God’s will. I think it’s also because they are not seeking their own glory, so the humble can give glory to God. And I think the meek and humble please God because they think of others first - their needs, their hopes, dreams and desires.
“Saint Paul tells us more about the power of humble men and women. Speaking to the Corinthians, he reminds them that they are not the best and brightest. But, that’s also why God chose them. If He were to choose the best and brightest, the world might think that their success came from their own gifts. But because of their lowly status, it is very clear to everyone, including themselves, that God is the One at work.
“And so, if we want God to work through us, we need to learn to be meek and humble ourselves.”
This morning at Mass, instead of launching my usual argument, I asked God to help me be open to his perfect will for my life.
To embrace humility is to surrender and trust. This is when God will do his best work in us.
When we let go of the edge of the pool, we discover the ocean. When we let go of our need to define our lives and instead let God, we discover his gorgeous and limitless plan for our lives.
++++++++++++++++++++++++++++++++++++++++++++++=