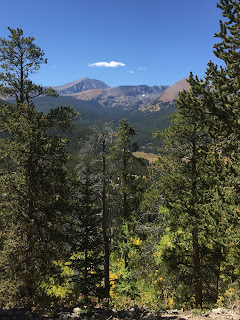 How could He ever appreciate what it feels like to lose a much needed job and then worry about keeping our home and affording groceries? How would God know how it feels when we take our child to the doctor and the diagnosis isn’t the flu, but leukemia?

Still, we send up prayers to this remote God. Even when they feel as effective as letting go of a balloon and watching it drift away on the random currents of the wind.

When the people of the Old Testament watched for the promised Messiah, they imagined he would “reign on David’s throne and over his kingdom, establishing and upholding it with justice and righteousness from that time on and forever.” (Isaiah 9:7)

Instead, our Messiah was born in a stable, a child of average parents. Yet with these humble beginnings, he fulfilled the first prophesy and first inkling of his destiny. “The virgin will conceive and give birth to a son, and they will call him Immanuel” (which means “God with us”). (Isaiah 7:14, Matthew 1:23)

As he grew into a man, a humble carpenter, he did not become a warrior like David, nor did he ever become a king. No wonder he was not accepted then or even now.

In the time of Jesus, as today, we live in war-torn countries where people are persecuted for what they believe, and where income disparity means that the cyclical dips in the economy can mean disaster for some and opportunity for others.

We live in a world where seemingly random life-taking acts of terror or crime or illness can create holes in a heart that leave us doubled over in stunned shock, no matter what our economic status.

Can the people of the Old Testament, or we today, be blamed for imagining that our Savior could only come to save us as an invincible warrior king?

Yet, inexplicably, God had a much more radical idea of what “God with us” would mean.

Had Jesus Christ fulfilled the wishes of his people by taking the mantle of warrior king, he could easily have restored the freedom and fortunes of the people of Israel. And certainly that would have fulfilled God’s promise to His chosen people.

Instead, God had a greater plan. He came not to save and restore one group, but all people.

Had Jesus come as a king to unite the entire world under one banner, he would have been removed from us. After all, when is the last time that a commoner sat down to dinner with a king?

How could a king understand the needs of a blind man, the sorrows of a prostitute, the insecurities and jealousy of two sisters?

Such simple, essential humanity would never be experienced by a Messiah King.

Which is why God, in His infinite wisdom, not only became human, he lived among us as a common man.  He experienced our tears of sorrow when a child died in our arms. He laughed with us around a wedding table where we drank wine. He understood and forgave a best friend who made a promise he could not keep.

Yes, Jesus is best known for the miracles he performed, but it was his daily involvement in our lives that allows us to claim, “God with us.”

Even as he was crucified, nailed through hands and legs to a cross, left to die in agony, experiencing the very human feeling of abandonment as he cried out, “My God, why have you forsaken me?”

I never understood this moment between Father and Son.

Until I realized that “God with us” means always with us, even in the darkest hour.

It is only when “God with us” has experienced every aspect of our humanity, our broken body, our broken heart, that the resurrection can convey the love, forgiveness, and redemption encompassed in one life.

We wanted a Messiah who would ride into battle with us, kill our enemies and show our superiority by exerting his overwhelming power.

Instead, we received a Messiah who taught us to love our enemies, to feed the poor, to include all people in the gift of God’s love.

Because he lived as a humble man, he was called a prophet, a teacher, a rabbi, only human.

But when we examine his life and his legacy, we can conclude that he is “God with us”, the personification of God’s desire to experience our humanity and demonstrate his love for us by sharing our lives.

So that when we pray, we can know that he has been here too.