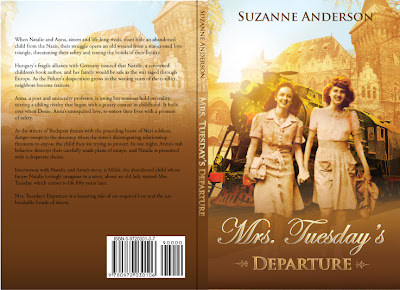 This is the current cover for Mrs. Tuesday's Departure.

I change book covers the way some re-arrange furniture in the living room.

For the same reason, actually.

It just feels wonderful to use a cover design to bring-out a new aspect of the story.

Here's a synopsis of the story and the new cover candidates follow...

A heart-wrenching historical novel spanning fifty-years, two continents, and a an imagined story that holds the power to create a safe future for a young girl. This page-turning family
saga soars to a breathtaking ending that redefines the meaning of love.

When Natalie and Anna, sisters and life-long rivals, hide an abandoned child from the Nazis,
their struggle re-opens a star-crossed love triangle, threatening their safety and testing the bonds of their loyalty.

Hungary's fragile alliance with Germany insured that Natalie, a best selling children's book author, and her family would be safe as World War Two raged through Europe. The Holocaust that has only been whispered about until now becomes a terrible reality for every Jewish family or those who hide Jews.
Beautiful but troubled Anna, a poet and university professor is losing her tenuous hold on reality, re-igniting a dangerous sibling rivalry that began in childhood.

The streets of Budapest echo with the pounding boots of Nazi soldiers. Danger creeps to the doorstep where the sisters' disintegrating relationship threatens to expose the child they are trying to protect. In one night, Anna's rash behavior destroys their carefully made plans of escape, and Natalie is presented with a desperate choice.

Interwoven with Natalie and Anna's story, is Mila's. The abandoned child whose future Natalie lovingly imagines in a story about an old woman named Mrs. Tuesday.

Mrs. Tuesday's Departure is an inspirational historical novel spanning two generations, exploring the un-breakable bonds of sisters, and the power of love to create new futures.


Here are the new contenders (feel free to leave a comment with your thoughts!): 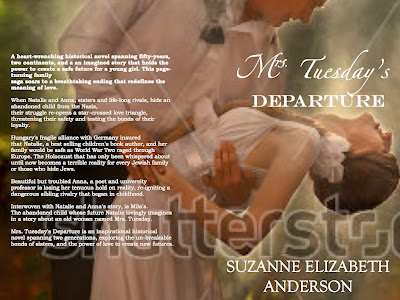 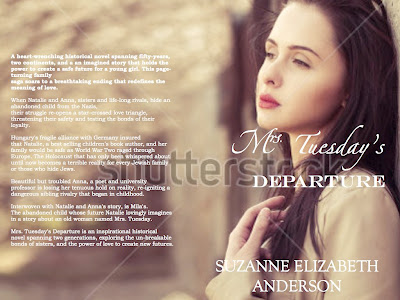 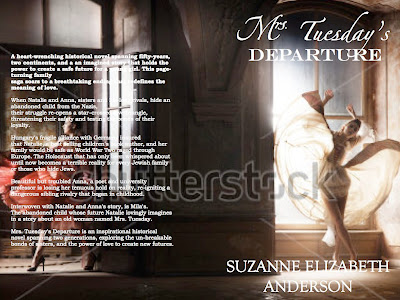 I welcome your feedback!