Writing to me is …my legacy.

Week Six in the Writerly Chronicles from my Orangeberry Book Tour: 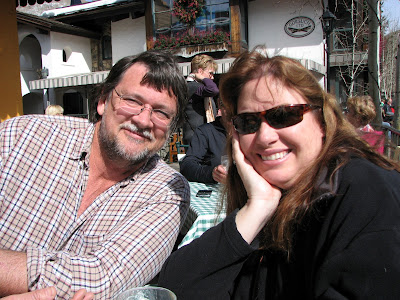 On a warm summer afternoon in 1994, as I walked home from my job as Assistant Vice President in Corporate Finance for a Japanese Investment Bank, I paused, looked at the wall of skyscrapers that surrounded me, and had an epiphany. As much as I loved working on Wall Street, I suddenly understood that when it was my turn to retire, my absence would not be noteworthy. There would simply be someone else to take my place.
Then I thought of my mother who was retiring that year, who’d spent her entire career in early childhood education, and who, upon retirement boarded a plane to work in an international school in the former-Soviet Union. When she got up from her desk, she left a living legacy of children who had learned to read through her efforts.
Then I thought of my brother John, who is a building contractor, who could drive me around his hometown and show me the historic homes that he’d brought back to life, the clients he’d helped to create a dream home. He is an American success story. With his wife Heidi, he’s built a business that operates on principles of integrity and quality work. His legacy is as tangible as the windows that open up to a water view.
My epiphany that day was that I wanted to leave New York and find my own legacy. Of course, at the time, I had no idea of what it would be.
It was actually my other sister-in-law, Kathy, who provided a nudge in the ‘write’ direction. After I’d left New York and spent more time poolside than I care to admit, with a glass of wine in one hand and a book on ‘discovering your perfect career’ in the other, Kathy called and shared a newspaper article she’d read about romance authors and suggested that since I obviously liked to read, perhaps I should try writing.
Did I start to write just because Kathy told me to? No. Actually, I wrote my first book at the age of 5 and have had a life-long love affair with writing. However, Kathy’s encouragement was the impetus to overcome a history of what Brenda Ueland called ‘helpful criticism’, in her classic work, “If You Want to Write”. As my mother loved teaching, as my brother loved building, I have always loved books. But after one high school teacher discouraged my early writing efforts, I buried the revelation I experienced when I read a book, the singular desire to ‘do that too’, for the more practical pursuit of a career in business.
Unfortunately, recognizing a desire is not the same as creating a new life. I spent the next several years writing, submitting, getting rejected, and getting discouraged. I wrote four novels and several children’s books. And while I loved writing, my books found no home, so back I went into business.
Then last year with a desire to simply see my work in print, I took the plunge into self-publishing. I published Mrs. Tuesday’s Departure in a much edited form, changing the setting from World War Two Budapest to a dystopian European city, changing the First Person POV to Third Person, and completely eliminating the original spiritual message. All in the name of creating what I thought would be a more commercial version of the book I’d originally written. And as what happens when something is not its true self, it went nowhere.
In February of this year, I re-published Mrs. Tuesday in her original version and finally discovered my authentic writer’s voice….a cross between literary fiction and religious fiction, a contemporary woman who loves God passionately, but sometimes wonders if He’s really listening. As a result, I discovered that this was the underlying voice in all of my books and one that I was ready to share. Once I embraced this authenticity, I felt more confident about my work and my purpose.
Finally, let me leave you with two quick illustrations of why writing is my legacy: The other day I was reading Cynthia Rylant’s children’s book The Heavenly Village. Its unflinching beauty brought tears to my eyes and filled me with an overwhelming hope that I will someday write a book that will have a similar impact. And then, a week before, I was at my desk working on the final draft of my next book and as I looked up from my desk and out the window, I realized that if I had a week to live, this is how I would choose to spend it. I would want to publish my next two books. These books would be my legacy. I have finally found the answer to the question I asked nearly twenty years ago on the Brooklyn Bridge.