If you could change your current story in any one way, what would you do and why?

For the next eight weeks I will share the guest posts on writing that were part of my Orangeberry book tour. Pandora Poikilos, who runs the tour, creates very interesting topics. 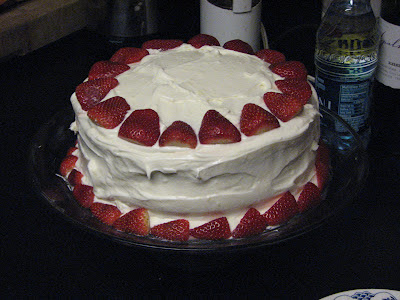 MRS. TUESDAY’S DEPARTURE, my first novel, is set during the tragic, turbulent years of World War Two. Worse still, it’s set in Budapest, Hungary, one of the countries directly effected by Nazi Occupation and the Holocaust. For that reason, it was difficult to write a traditional happy ending that is so satisfying to most readers, myself included.

How many times have I finished a book and felt disappointed that the loose story ends weren’t neatly tied up? How could any author allow their main character to suffer and not receive the happiness she so clearly earned through her many trials? As an avid reader, one who seeks out happy endings, rather than the tragic Oprah-style dark novel, I understood completely when readers of MRS. TUESDAY, gave mixed reviews to the story’s ending.

Since the book is self-published, it would be completely within my powers to change the ending. I’ve even considered it! How nice it would be to kill off certain characters or perhaps provided a convenient escape hatch that would have allowed the good guys to live happily ever after and the bad guys to meet their just reward post haste. For good measure, I could have thrown in a romance so we might even enjoy a wedding.

I’ve even composed the changes in my mind. In part because one of the more consistent comments I’ve received about MRS. TUESDAY, is that readers felt the book was too short. They wanted to see the story go on, the characters to live the story more fully. And if there were anything I would change, lengthening the story would be the greatest temptation. But the ending?

As I did my research for the novel and read about those war-ravaged years, I found that difficult decisions were made every day, and while they demonstrated great love and loyalty, they didn’t always save the hero. Sometimes, terrible sacrifices were made in the name of love. And sometimes those sacrifices led to unhappy endings. What about the argument that since this is fiction, I had the choice to create the ending I wanted, even a happy ending? True. Though as the author, I also had to create the ending that came about as my characters moved through the story. And which answered the questions that first inspired the story.

Which is not to say that I dislike the ending of MRS. TUESDAY. Ultimately, I believe the ending is very satisfying because it provides a message of hope. And most importantly, it conveys the message of God’s love and the ultimate sacrifice that He made through his Son, Jesus Christ. I hope readers will come away from the novel receiving that message and understanding that even when we go through difficult times, God is always with us.
Email Post
Labels: Creativity indie-publish mrs. tuesday's departure orangeberry book tours suzanne anderson