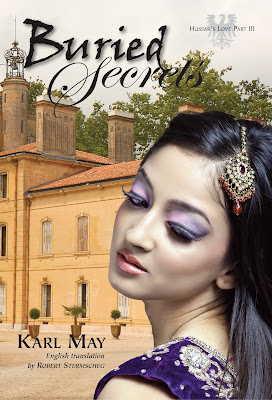 I met Robert Stermscheg when I first published Mrs. Tuesday's Departure. He was a fellow author, new to self-publishing, and we traded emails and encouragement.


Today it's my pleasure to get to introduce you to Robert along with the launch of his newest book, Buried Secrets.


In the spring of 1870, France is preparing for an imminent war with Germany. A French cavalry officer, Bernard de Lemarch, has been given the delicate task of approaching a high-ranking Prussian officer, hoping to glean vital military information. But what he doesn’t know is that the Prussian High Command has been forewarned…. and is expecting him. Posing as a painter, the disguised officer meets up with a bungling landscape painter forming an unlikely friendship, one that unwittingly propels both men headfirst into unexpected danger, while resurrecting a secret from Lemarch’s own past.

Richard von Löwenklau, aided by Franz Schneeberg, finds himself in the heart of enemy territory, tasked with trying to stop the build-up of arms and uncover the establishment of a new para-military presence, the franctireurs... headed up by none other than the irrepressible Captain Albin Richemonte. His task is further complicated by the arrival of a new enemy, Colonel Rallion, who’s bent on supporting Richemonte’s war efforts, while hampering Löwenklau’s plans. 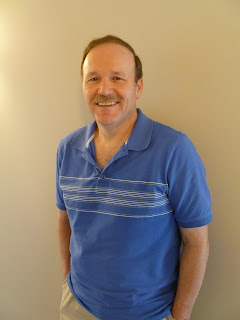 About the Author:
Robert Stermscheg, born in Europe in 1956, was exposed to many wonderful writers – Edgar Rice Burroughs, Alexandre Dumas, and of course Karl May. He appreciated how they opened up a whole new world to our imaginations through their portrayal of life. His parents were of Austrian descent, and as a result of his father’s occupation as an electrical engineer, he moved several times in his early childhood. His father kept a steady supply of books to broaden his son’s education, including a repertoire of Karl May books.
The entire family moved to Canada in 1967, eventually settling in Manitoba. Robert was involved in chess, hockey, flying, but always kept up his interest in the German language. His passion to share the works of Karl May, largely unknown in North America, resulted in the search for English translations. After retiring from a satisfying career with the Winnipeg Police Service in 2006, he had the opportunity to pursue his dream—translating one of Karl May’s novels into English. His wife, Toni, embraced his dream and encouraged him in the writing process. She supported him in this new venture by being a proof reader.
In 2006, Robert and embarked on his first book, The Prussian Lieutenant, based on an earlier work by Karl May. His first book was well received, encouraging him to continue with the sequel, The Marabout’s Secret. Buried Secrets, the third book, shifts back to France. There is much tension, as the ruling authority prepares for a war with its neighbour, Germany.
Robert resides in Winnipeg and is currently working on his fourth book, Captain Richemonte.
And now for our interview......

Your bio gives some hints about how your background led you to an interest in European literature. But there's still a huge commitment involved in translating a work into English, and now  you've done it four times! Please describe the process of not only translating a work into English, but taking a story written in the last century and bringing it to today's reader?

Process is aptly put. First, you need to have an understanding of the time period. In my case, 19th century France and Germany. Second, there are elements of romance in the story, which the original author handled discreetly and with subtlety. As a translator, I have to be aware of that and not gloss over it. Karl May also employed idioms from his time (1880s), that not only stemmed from German tradition and folklore, but also presented a challenge in conveying them into modern English. That was perhaps the most difficult. I chose to retain the idioms, as they added ‘colour’, and provided explanation notes at the end.  Also, the German language is structured quite differently than English. Karl May often employed long paragraphs and run-on sentences that had to be broken up and reworked into a more coherent format. That was certainly time consuming.

Why did you choose Karl May as an author to translate and share with North American readers?

I “grew up” with Karl May. As a boy, I was naturally drawn to his thrilling stories, many taking place in North America, often in the “Wild West”. They depicted the Indian tribes as noble savages, clearly the victims of the “White Man’s” insatiable thirst for land. As much as I enjoyed stories about cowboys and Indians, I also delved into his other works, some of which took place in the old Ottoman Empire, dealing with conflict between the French and the Germans.
Although I also read Edgar Rice Burroughs and Sir Arthur Conan Doyle, I seemed to gravitate back to Karl May. I suppose I was attracted to his keen sense of adventure, portrayal of humanity, and his rendering of history through his novels.

You've translated four of Karl May's books, will you continue with this author or are there other authors that you want to translate?

Actually, I’ve completed three translations, which have been published thus far. The fourth book, POW #74324, is my father’s memoir and deals with his experiences during WWII and then post-war Yugoslavia.
I’ve committed myself to doing the Hussar’s Love series, spanning five novels. I may do more in the future, but I also want to expand my writing in other areas, exploring other interests, such as historical fiction from the WWII era.

I imagine that  you've grown a great deal as a writer through this process, can you share what you've learned that has helped you to develop your craft?

That is an understatement. If truth be known, I can honestly say that I had no idea what I was getting into (laughs). In my former career as a police officer, I naturally wrote a great deal. However, much of it was very structured and concise, leaving little room to express my thoughts outside the confines of the police report.  The funniest thing about writing, and writing to be published is that everything takes on a new importance. All of a sudden you’re forced to pay attention to previously overlooked things like spelling, syntax, and of course grammar. In short, I took the whole thing more seriously and endeavoured to put out the best effort that I could. Secondly, I started paying a lot more attention to other writers: how they developed their storyline, pacing, character development, even the use of dialogue.  I wasn’t shy about getting advice from other writers, and willingly applied many of their suggestions.  Becoming a writer is quite the learning process.

Has this experience given you the desire to venture away from translation and into writing your own novel? If so, would it be historical fiction or something completely different?

My initial drive was to translate this series so that family and friends could appreciate the works of Karl May. But as so often happens, (perhaps it was just me) we get inundated with all sorts of ideas. I’ve actually had people come up to me at book signings and comment on their bizarre ideas, and one lady in particular told me I needed to, no, I had to, write a certain story (laughs). During the process, I did however have inspiration to write my father’s memoir. He was a WWII veteran, and this was quite the departure from writing fiction. So, yes, it did inspire me to venture into other areas, including writing short stories for magazine publication. I’m currently working on a WWII thriller, entitled Stealth. It deals with an experimental jet fighter the Nazis were developing. The novel delves into human conflict, pitting a few ‘good’ Germans against Hermann Goering’s war machine. It promises intrigue, adventure, even a little romance.

You've chosen to self-publish the books in this series. Please share the best and the most challenging parts of that process?

As with many new authors, the challenge is to find a publisher who will take on your project and then walk you through the maze of the publishing industry. What I quickly learned was that few are willing to take on new authors, and fewer still if their initial work exceeds 100,000 words. My first novel(translation) had just over 150,000 words. Further, what complicated my entry into the world of publishing is that my first work was a translation. In my search, I ran into all sorts of vanity presses, that for a high price promised all sorts of things, including marketing, but delivered little in the way of real promotion, and certainly virtually nothing in terms of distribution. For any author, particularly in the early stages, you need to be available for book signings, and that means distribution into book stores. It was a real learning process. My advice to current writers and aspiring authors, is to seek out established authors and ask lots of questions. Also, keep reading(expand your repertoire), and of course continue writing. And perhaps most important, be prepared for the long haul and the many rejection letters(emails) that are sure to come.
One of my first highlights was to see my first novel prominently displayed in a local bookstore. The thrill of signing those fist few copies was a wonderful experience and made all the work worthwhile.

BOOK GIVEAWAY!
Leave a comment here between now and Sunday night and I will choose one person to win a copy of Buried Secrets!!!

Publish Own Ebook said…
Great interview. Points taken. I totally agree as to the item you have mentioned about one's growth as a writer. I believe that every craft takes practice. The best athletes spend hours on the court, the ice, the field. So it stands to reason that in order to become a better writer, you should practice by writing every day. However, it takes more than just practice to become a better writer. I also think that it takes immersion in reading the writing of others - and not just of the genre in which you specialize.
June 19, 2012 at 1:37 AM