Help Me Choose a New Cover for My Novel

I have completely revised my first novel, MRS. TUESDAY'S DEPARTURE. Turns out that was the easy part. I've spent the last few days tormenting my friends and family trying to decide on a new cover for the book which will be coming out as an ebook and in paperback.

Now I'm appealing to you.

Which is your favorite? 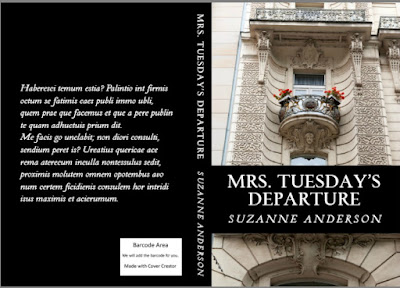 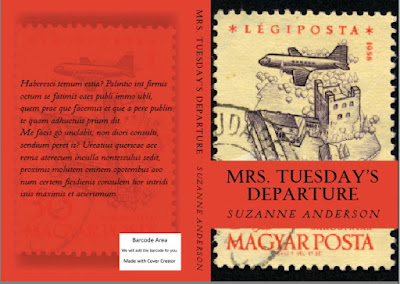 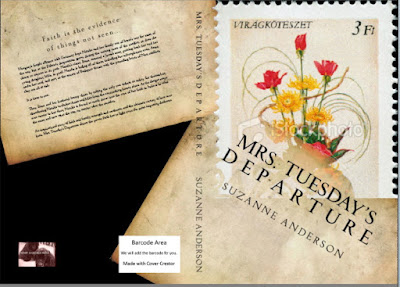 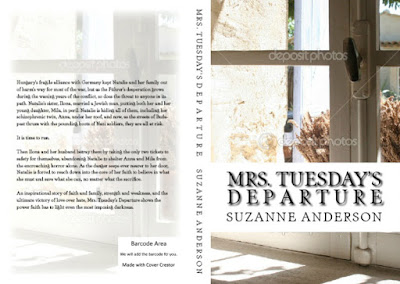 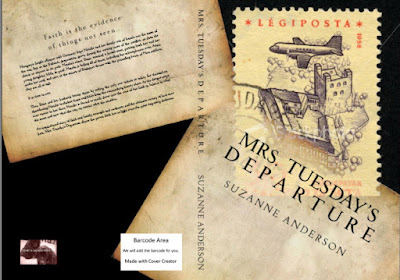 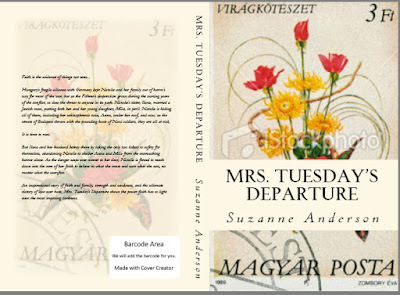 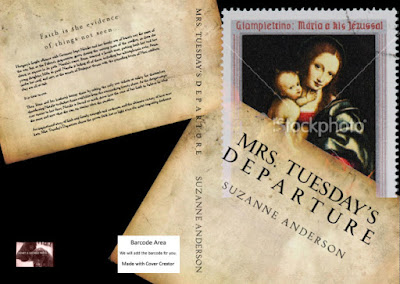 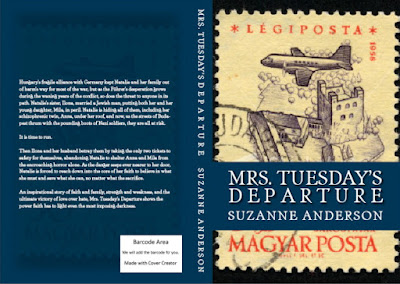 And just in case you're one of those sticklers who actually want to know what the book is about before deciding...here's a brief synopsis:

Faith is the evidence of things not seen...

Hungary's fragile alliance with Germany kept Natalie and her family out of harm's way for most of the war, but as the Führer's desperation grows during the waning years of the conflict, so does the threat to anyone in its path. Natalie's sister, Ilona, married a Jewish man, putting both her and her young daughter, Mila, in peril. Natalie is hiding all of them, including her schizophrenic twin, Anna, under her roof, and now, as the streets of Budapest thrum with the pounding boots of Nazi soldiers, they are all at risk.

It is time to run.

Then Ilona and her husband betray them by taking the only two tickets to safety for themselves, abandoning Natalie to shelter Anna and Mila from the encroaching horror alone. As the danger seeps ever nearer to her door, Natalie is forced to reach down into the core of her faith to believe in what she must and save what she can, no matter what the sacrifice.

An inspirational story of faith and family, strength and weakness, and the ultimate victory of love over hate, Mrs. Tuesday’s Departure shows the power faith has to light even the most imposing darkness.

Please leave a comment below and let me know your favorite.

I can't wait to see the results!

Whiskey River Smith said…
Out of them all, the gorgeous architectural one caught my eye and kept it there, admiring the building, and wondering where it was, and what the book was all about. #1 is a winner.
January 11, 2012 at 9:02 AM

Cathy Yardley said…
I think that #8 is your best bet -- the description sounds like a mainstream thriller, and #1 looks like an Under the Tuscan Sun styled women's fiction or something. I'd think you want something a little more reflective of the content. Just my opinion!

And I agree with the other commenter, the orange lettering is distracting. You might want your name there instead! :)
January 11, 2012 at 1:07 PM

Anonymous said…
I would pick up # 2 over all the others. Red and black catch my eye every time. Red and black are more emotional colors to me and this topic seems full of feeling and emotion.