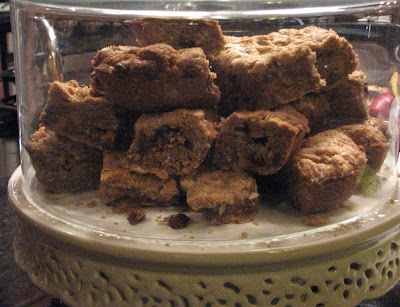 We're making things with chocolate again....although I stipulate that this recipe actually has some redeeming qualities to go along with all those calories. 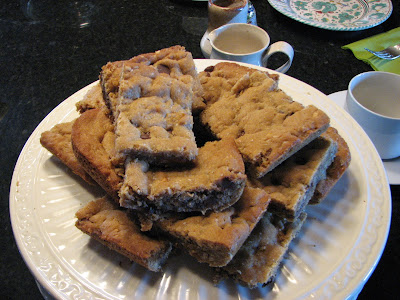 This recipe actually had an earlier version that was good, but rather pedestrian. As you can see above, they were rather flat and uninspired. They tasted good, but I wouldn't make them again. 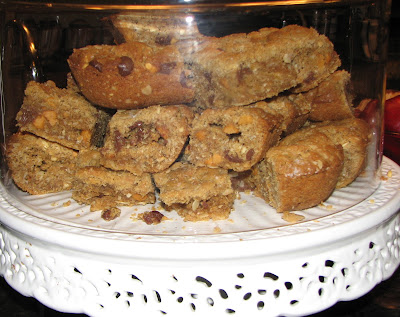 My new version is much heartier. Both were made in a 13 X 9 pan. The difference is that this recipe had twice the flour and oatmeal. Hence the greater density. The other difference, which I think really added to the bar's texture is the use of whole wheat flour instead of white flour. The whole wheat pairs very nicely with the sturdy oatmeal, as well as the addition of butterscotch chips mixed in with the chocolate chips. And finally, there's peanut butter, which makes everything taste better. 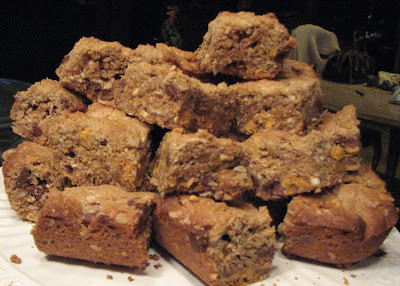 1. Preheat oven to 350 F. Cream together sugar and butter, beat until fluffy

2. Add vanilla, then eggs one at a time, continue beating

Let cool before cutting into bars.