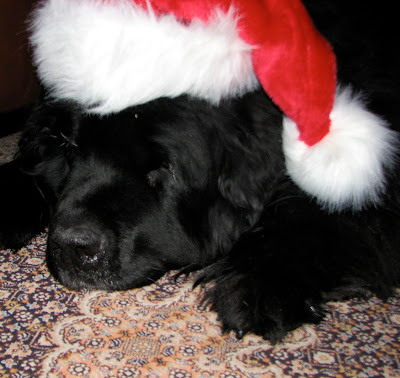 'Twas the night before Christmas, when all through the house

Not a creature was stirring, not even a mouse; 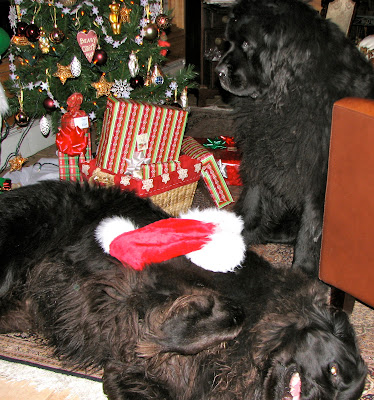 The stockings were hung by the chimney with care,

In hopes that St. Nicholas soon would be there; 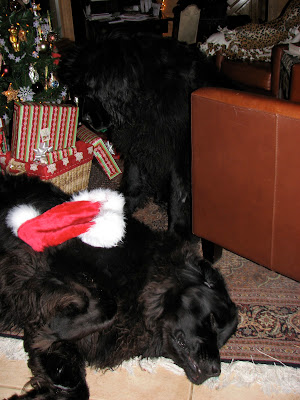 The children were nestled all snug in their beds,

While visions of sugar-plums danced in their heads;

And mamma in her 'kerchief, and I in my cap,

Had just settled down for a long winter's nap, 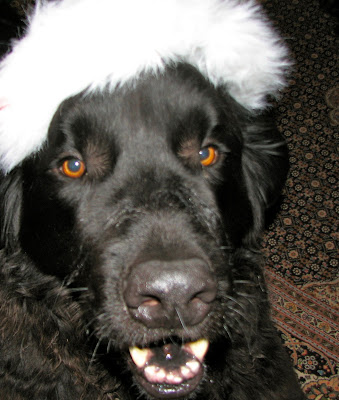 When out on the lawn there arose such a clatter,

I sprang from the bed to see what was the matter.

Away to the window I flew like a flash,

Tore open the shutters and threw up the sash.

The moon on the breast of the new-fallen snow

Gave the lustre of mid-day to objects below,

When, what to my wondering eyes should appear,

But a miniature sleigh, and eight tiny reindeer,

With a little old driver, so lively and quick,

I knew in a moment it must be St. Nick. 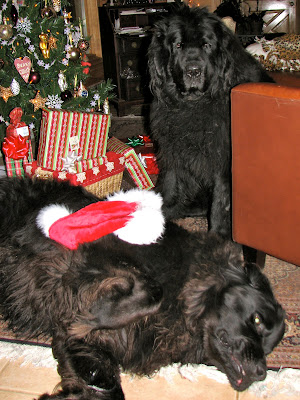 A wink of his eye and a twist of his head,

Soon gave me to know I had nothing to dread;

He spoke not a word, but went straight to his work,

And filled all the stockings; then turned with a jerk,

And laying his finger aside of his nose,

And giving a nod, up the chimney he rose;

He sprang to his sleigh, to his team gave a whistle,

And away they all flew like the down of a thistle.

But I heard him exclaim, ere he drove out of sight,
"Happy Christmas to all, and to all a good-night."

Hope your Christmas is filled with joy!

Anonymous said…
Loved all the puppy pics. I know your dogs are happy this year to be welcomed so warmly into your home. Hope your Christmas day was wonderful.
December 26, 2011 at 4:02 AM