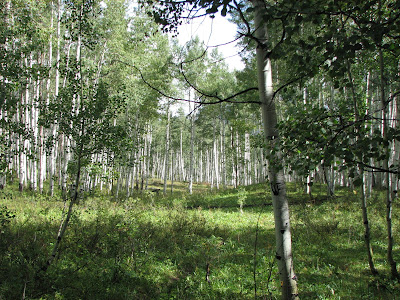 We drove to Crested Butte on a rainy, cold day. Got there in time to grab a bite to eat and then spend the night. I hope that I'll be able to return sometime soon for a longer weekend to explore the area, it's beautiful.

Yet, despite its beauty, on that first day I worried about the dreary weather and the house I'd booked at the last minute that didn't have a fireplace to cozy the cold evening. I worried that my companions wouldn't have a good time, rather than what we had accomplished: we'd arrived safely, had a warm place to stay, Mom had joined us, even though just a few days before she'd not been feeling well. And thanks to the steady helmsmanship of Heidi at the wheel, we'd had an enjoyable drive, despite being in a car with four adults and two dogs...one of whom was Henry, a 150lb Newfoundland, who commandeered the third row all to himself.

Perspective is something I need to work on.

The real reason we'd come was to make the second leg of our journey the following day. And as I went to bed that night, I prayed that it wouldn't snow. 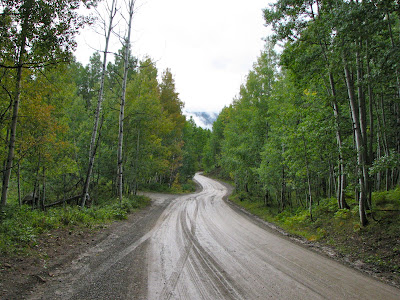 The next day, we headed north on Kebler Pass, a bit of road I'd waited a year to drive in autumn. It's also a dirt road that had become very muddy overnight. It hadn't snowed, but it had rained through the night.

As we drove along the road the sun made a run at breaking through the clouds. And somehow, despite my earlier concerns, the changing weather added to the beauty of the day rather than detracting. 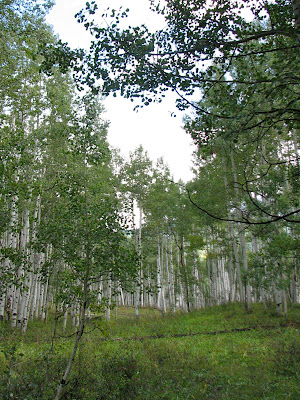 Our intent was to see the forest of Aspen trees that turn a brilliant gold at this time of year. We made our way down the canopied road, eventually found a quiet spot and stopped the car so we could get out for a closer look. 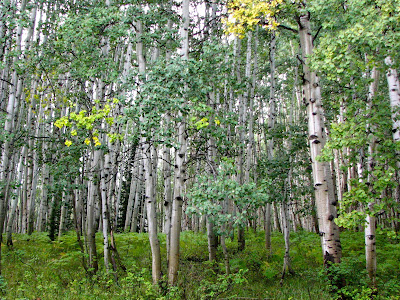 It seems that we were a bit early, as most of the trees were still green, with only small bursts of gold here and there. 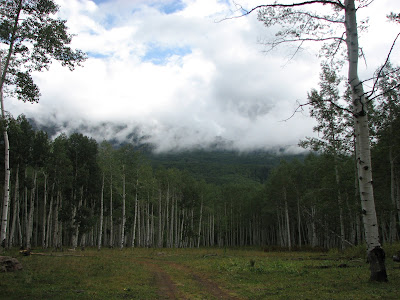 Still, despite the weather, the mud, and the green, it was a breathtaking autumn experience. There's something different about the atmosphere at this time of year, it's moody, romantic, wistful, welcoming as a wooly sweater and as inexorable as an ending. 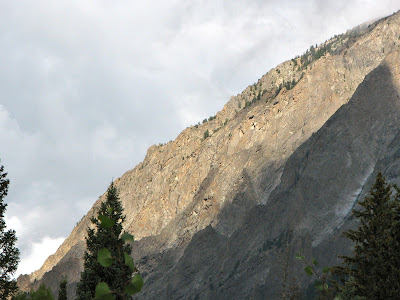 The light gives things a more sombre quality. The contrasts of light and dark are delineated and stark. We learn that even on dreary days the colors of nature are better than anything we can attempt with human hands. 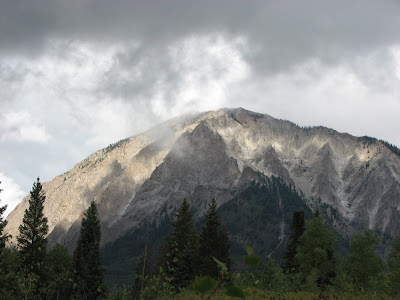 The shading as clouds and sunlight move across the sky create gradations of hues that would not have been apparent if there had only been sunshine. 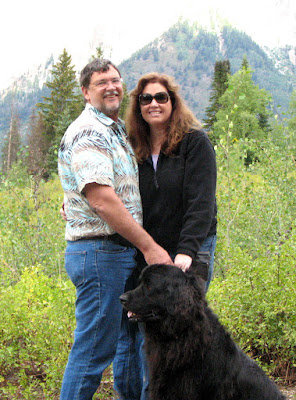 And then there are those who join us, that make the journey so much better, no matter what the weather.

John and Heidi were here for a week's holiday. We hope they'll be back soon.