Easy, Make Your Own, Margaritas and Quesadillas 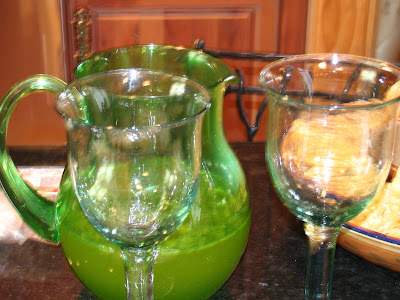 I had friends coming over for an impromptu after-work drinks and appetizers on the deck, and wanted to throw together something festive, fun, and creative. 'Creative' meaning: using what I had in the house since I didn't have time to run to the grocery.

Let's start with the margaritas.

I had tequila. But I did't have lime juice or frozen limeade or that fancy margarita mix that has a certain weird aftertaste.

But thanks to my love of gimlets, I had a bottle of Rose's lime juice.

In place of Cointreau I used the juice of one freshly squeezed orange.

Mix well. Chill. Serve over ice or blend with ice in a blender for a frozen margarita.

I promise you.....once you've had a homemade margarita, you'll never buy another pre-made mix. They're that good. 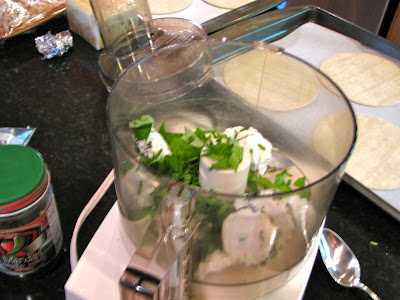 Now to the quesadillas. I was inspired by a recipe for pepper quesadillas from our last cookbook trial: Julee Russo's Great Good Food.

First, I blended goat cheese, fresh basil and parsley from my flower box garden, a small handful of pickled jalapenos.

Then I added a red pepper that I'd roasted. 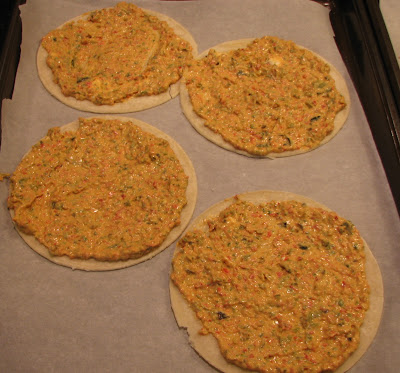 The pepper mixture was spread on my flour tortillas. 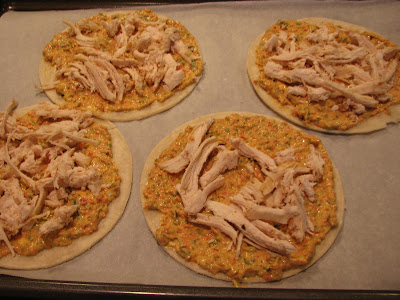 Then I layered on some shredded chicken. 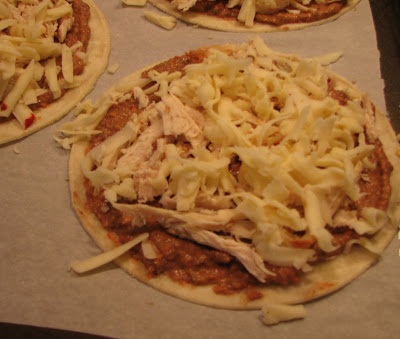 And some shredded jalapeno jack cheese. I then placed another tortilla on top and baked them in a 400 F oven for ten minutes, or until the cheese was melted.

You then cut the quesadillas into wedges and serve to your guests.

So where's the picture of my finished quesadillas?

Go back to the first picture.

Anonymous said…
Both look yummy. I'll be making those when my friend Patrice comes to visit a week from Saturday.