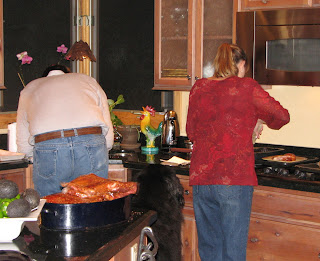 Vicki, my sister, joined us for the birthday weekend and without her, the whole weekend probably wouldn't have come about.

You see, it was her idea to fly up for Mom's birthday. Then John decided to join us. And then David decided to come too. At that point, we figured a party was in order, so we invited thirty of Mom's friends in Evergreen to join us.....sent out invitations, and got to work.

Which is another reason that Vicki was invaluable. On the day of the party, Vicki was a tireless help in the kitchen. While John got the meat ready for the BBQ, Vicki helped me with the preparation of all the other dishes. (And yes, David helped as well with logistical stuff like setting up tables.) 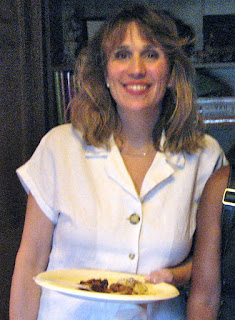 Despite hours spent slaving away in a very hot kitchen, Vicki looked lovely at the actual party. 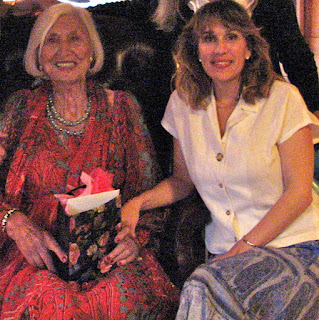 Her she is with the guest of honor, later that evening. 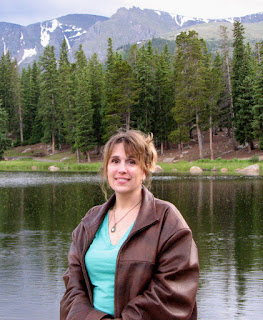 And to truly appreciate this picture, you have to look at the picture below. When I took my siblings on a scenic drive up to Echo Lake, Vicki got stuck riding in the third row......with Henry. Which is why she's looking a bit desperate and green around the gills in this picture. 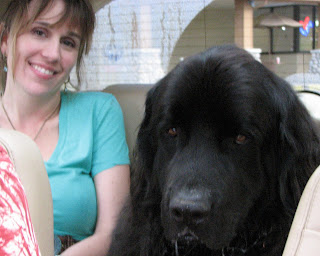 As you can see, not only did Henry sit in the seat next to her, he kept trying to encroach upon her side of the car in an attempt to take over the entire back row. Vicki's smile shows what a good sport she is, however her pale skin also shows just how car sick she was getting between the wind-y roads and Henry's drool. 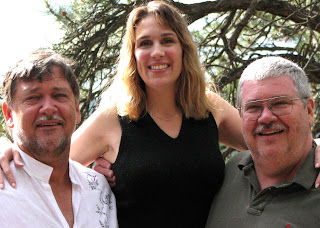 And yet, she emerged triumphant from the weekend, tamer of men and drooling dogs.

JCK said…
Sounds like it was a special and wonderful occasion for your mom! Yeah for sisters.