How to Effectively Procrastinate - or - And So It Begins...Again 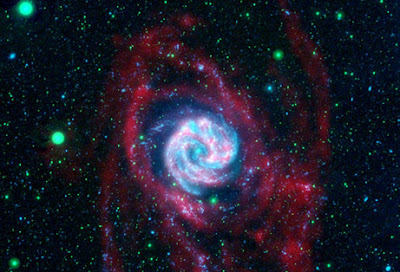 photo credit: National Geographic News
I'd planned to post a recipe today and later in the week do a book review, but then I finally got around to starting something I've only avoided for the past two months and decided to share a bit of that instead.
This morning after all sorts of nonsensical preparation I finally started editing my second novel, A MAP OF HEAVEN.
I want to savor that announcement for a moment, so let's review the nonsensical preparation for a moment before discussing the work.
First I couldn't begin until I got settled in the new house, which would surely included unpacking all my boxes of books and the multiple versions that this novel has taken over the past fifteen years.
Actually, I didn't even intend to work on this novel. Last winter, I'd thought of writing something along the lines of the many historical romance novels I've been reading. But unpacking all those earlier versions of MAP and then a chance conversation with a former student on Facebook during which he asked me about MAP, made the decision for me.
That conversation was in February.
Because... I decided that before I began editing I should get myself back into the habit of writing by embarking upon my Forty Days of Writing During Lent experiment, which I wrote about in the 15 Minute Challenge post.
Then I decided that I really couldn't begin until I sorted through my previous drafts of MAP and decided which one to work with during the revision process...only to discover that I only had one version on my hard drive, which coincidently didn't match any of the versions I had in print. Which needless to say required me to take that version to the local copy shop to be printed out and spiral bound so that I could refer to it and the other versions on equal footing.
That was last week. You'd assume that I'd run out of excuses and would now get down to work. You'd assume wrong.
No. No.
I surely needed to practice writing in my journal for another week. Then I must take the weekend off to read all those books I'd checked out of the library and which would be due sometime in May. After all, I'd checked out three different translations of Tolstoy's War and Peace and really needed to decide which translation I favored. (Truly, I did spend an entire evening on this particular chase down the rabbit hole.)
And then finally. Finally. This morning I sat down at my computer and began. I opened the file. I typed the Table of Contents. I typed the Prologue. And I am on my way. The two versions I'm working with, along with the revisions I will make, will put the book at around 80,000 to 90,000 words and I hope to be done in two months. Let's say the end of June?
But here's the delicious irony. As I sat working this morning I realized that I was the happiest I'd been in months and that when they tell you to do what you love....this is it.
Email Post
Labels: A Map of Heaven novel writing procrastination

Keetha said…
Yes and see, you're on your way now!

Barbara Forte Abate said…
Lol! But it's so true that writers are especially creative when we're hard at work making excuses NOT to write.

And yet, always there on the flip-side, is how truly delicious it feels when we finally do get back into the groove.

wayne said…
How true your words are - when you force yourself back on task, it does give spirits a boost. I'm happy to know I'm not the only one who suffers from this malaise.
May 6, 2011 at 10:35 AM