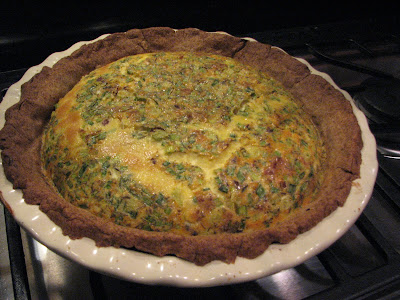 The other day, Mom watched an episode of Paula Deen making quiche. Mom then decided that we should make a quiche since we had swiss cheese, bacon, and eggs in the fridge. However, we didn't have a frozen pie shell which is what we usually put the aforementioned ingredients in when we make a quiche.

Then I remembered something Brother John said to me years ago: "Necessity is the mother of invention". Which is another way of saying, 'don't be afraid to do something new, especially when a) it doesn't cost anything, and b) you can do it yourself instead of relying on someone else', two of my brother's favorite maxims.

Which led me to the internet to find a recipe for whole wheat pie crust (since whole wheat was the only flour we had in the cupboard). 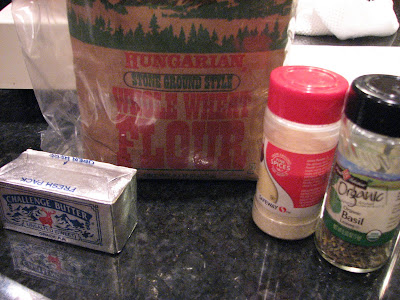 I've never made a pie crust before, but the ingredients couldn't be simpler. Flour, butter, and water. I added a few spices since this would be a savory dish. 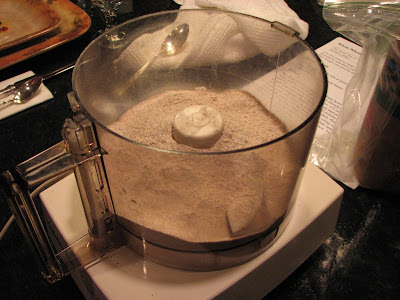 Add a 1 1/4 cups of flour and a pinch of salt to the food processor. 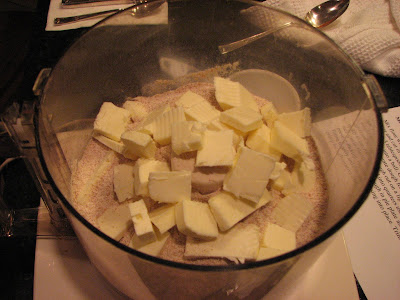 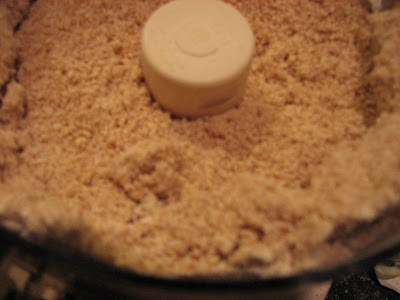 Pulse until the butter is incorporated and forms little balls. 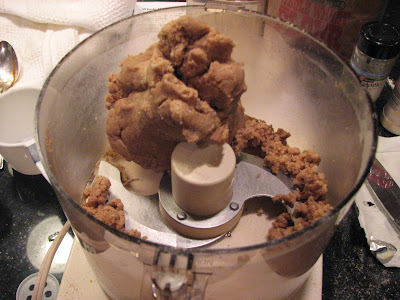 Add approximately 1/4 cup cold water by tablespoons, while continuing to pulse, until the dough forms a ball. 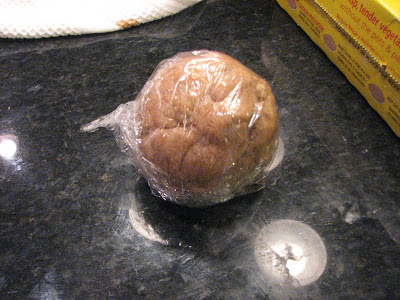 Wrap the ball of dough in plastic wrap and put into the fridge for at least 30 minutes. 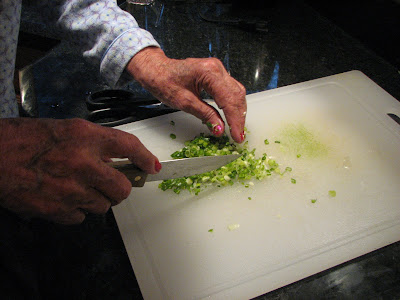 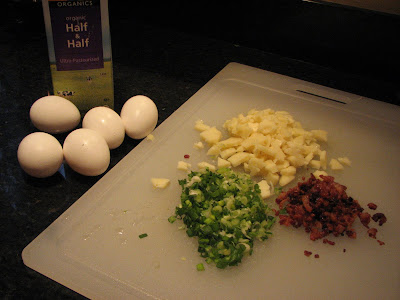 Assemble ingredients: eggs, half and half, bacon, cheese, and green onions. 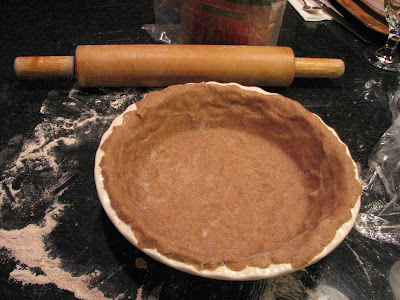 Carefully press the rolled out pie crust into the bottom of the pie plate. 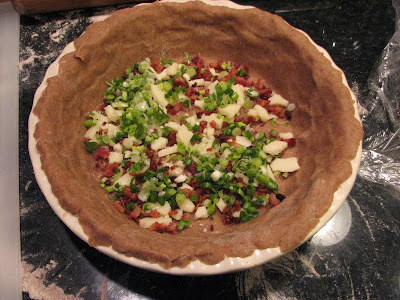 Put the cheese, bacon, and green onions in the bottom of the pie crust. 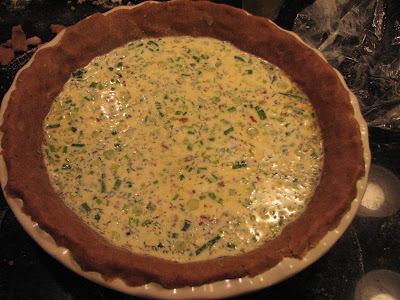 Pour the egg custard into the shell and bake at 375 for one hour.

And here it it is!

By the way....yes, the pie crust was just as dry as it looks....I believe next time I will use a whole wheat pastry flour as the recipe called for, but which I did not have on hand. Sometimes the mother of invention just has to punt.
Email Post
Labels: cooking with mom Paula Deen quiche whole wheat pie crust

larramiefg said…
Mother of invention is actually better known as creativity!
April 28, 2011 at 11:36 AM