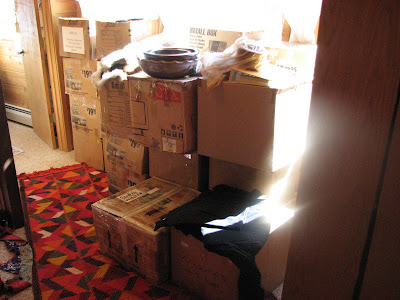 Today the movers arrived with the truckload of boxes and furniture that I've had in storage in some form or another for the past fifteen years.

As I mentioned in my last post about this 'stuff', originally brother John and I had planned to do this move ourselves. After seeing how many boxes actually arrived, and the effort it took FOUR men to unload and distribute the boxes and furniture over three levels of house as well as putting together two large beds...well, let's just say it was money well spent. 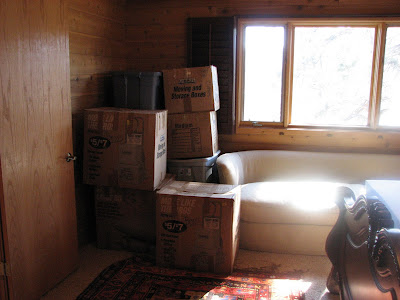 The driver and the movers who actually carried each box to its directed space, were so incredibly professional, so kind and patient, that they made what could have been a very stressful event, nearly a pleasure. 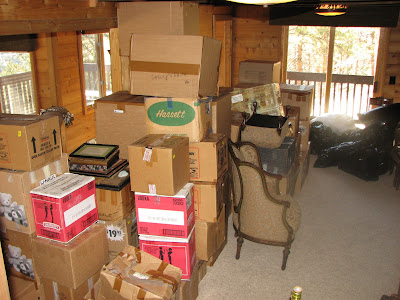 Honestly, I don't think John and I would have been able to handle it on our own, and I doubt the twenty-six foot truck we'd planned to rent would have held everything. And what a relief it was instead to simply have to open the boxes that were already in their right place, instead of having to first drive them 2,000 miles. 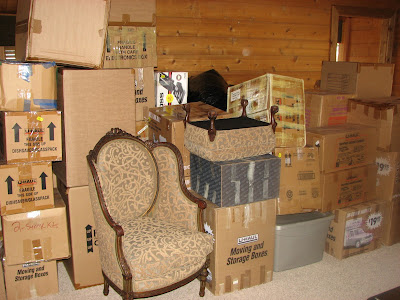 After the movers left, I began the long process of unpacking boxes. This is going to take a bit longer than the unpacking we did in December, but the good news is...this is it, no more stuff in storage. 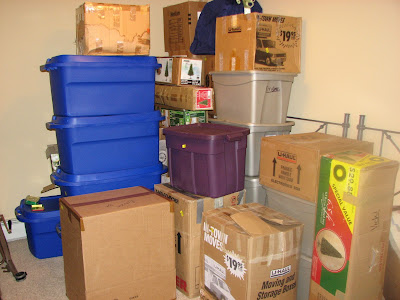 The even better news is that this stack of boxes (above) won't have to be unpacked until next Christmas. By the way, I discovered that I actually own five artificial Christmas trees, which means that I better be hosting some Christmas parties, because I'm going to have the best-dressed house in the neighborhood.

So this afternoon I started with the boxes of books that will go in my loft upstairs. As I shelved the books, I was reminded of how my reading tastes have changed over the years, and in the ways they have remained the same. I still enjoy cookbooks and classics, although that one book on how to 'plan your at home wedding', has yet to be used. 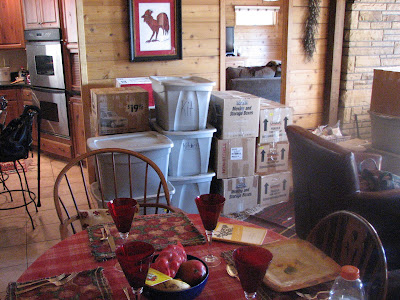 And then, I came across a stack of journals that I'd kept over the years. One in particular interested me, a gratitude journal from 2000. Reading it was bittersweet when I came across a couple entries about sending out a book I'd written and loved so much to agents. It was bittersweet because I know now that the book was rejected and all that stated hope did not come to fruition. It was uncomfortable to realize that as much as some things had changed, some things remained unattainable.

In the years since I wrote that journal, a few of my grandest goals remain incomplete. I jokingly mentioned this to my mother and added that in ten years some people managed to build empires, while I was still trying to break into writing. I often wish that I was one of those lucky ones who 'made it' on their first try. But then I reminded myself of all the things I'd experienced in the last ten years that the Suzanne of 2000, never imagined. I'd like to believe that if I apply the same persistence to my career goals that I applied to my house hunt, that I will eventually succeed. 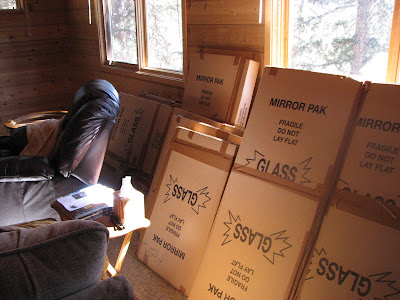 And I also want to take a moment to simply be grateful for all that these boxes represent. Because gratitude really does matter. I am so glad to finally have my things around me, to be able to close this very long chapter of my life. I look forward to the next, and hopefully making progress on some of those things that are still left undone, especially that big one about how to meld career and purpose.
Email Post
Labels: evergreen colorado moving packing

Phil said…
The main thing is to always remember where you stashed your supply of hope, regularly revisit there to ensure you maintain your supply.

With goals and ambitions much can be gained in recognising what you have gained along the way.

On the theme of gratitude, I am grateful for you sharing your writing through your blog and your ebook.
February 25, 2011 at 12:41 AM