Her Addiction to Romance Novels Continues 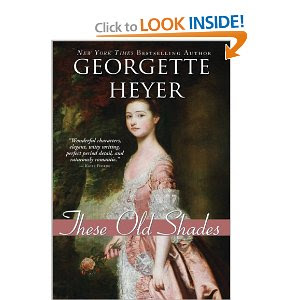 Back on August 30th, I wrote a post about my inexplicable interest in historical romance novels. At the time, I thought it would be a short-lived affair perhaps tied to the changing of the seasons, since I'd never before become enamored of a particular area of literature and instead read widely, moving from book to book as the mood struck. However, I did realize that others are fans of a genre, my sister-in-law, Kathy, is a fan of cozy mysteries, and my friend Julie enjoys action adventure. But I was convinced that this interest of mine would quickly pass and I would move on to other books.

Instead, historical romance novels have become my constant companions. Granted, compared to other avid readers of the genre, I am strictly a novice both in quantity read and knowledge of the breadth of authors and the mores of the era. And I am discovering that as with other sub-genres of the broader romance category, there are many 'specialties' within historical romance. Aside from the plot line that focuses primarily on the relationship between the hero and heroine, there are historicals that have insinuated a sub-plot that rivals the primary romance for preeminence, with mysteries to be solved and heroes who are spies. There are hot, steamy novels, and those that are nearly chaste. There are humorous lead characters and my favorite, the broodingly dark hero (the DBH). 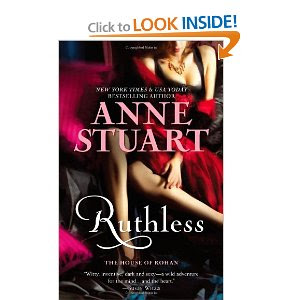 One of my favorite authors, and a master of the DBH is Anne Stuart, particularly her House of Rohan series, which I devoured in a week. I was so enamored of Ruthless, the first book in the series, that I wrote my first ever fan letter when I emailed Ms. Stuart to find out if she would be writing any more historicals in the near future. Not only did she write back, she informed me that the next installment of the House of Rohan, Shameless, will be out in June. I can hardly wait...

In the interim, I've started subscribing to the wonderfully snarky and informative blog of all things romance, Smart Bitches, Trashy Books and I continue to read across the genre in search of not only the type of historical that most appeals to me, but also to learn more about what appeals to other readers. I've just finished reading my first novel by the grand dame of historical romance, Georgette Heyer's These Old Shades, and immediately started on the sequel, Devil's Cub. There is a motive apart from my current literary infatuation: I'm hoping to work up the courage to write an historical romance of my own. Granted, I still have so much to learn, but I do love having something to work toward. If you have any suggestions on how I can further my historical romance education, please leave a comment below!

So there you have it, an update on my addiction. I don't know where it will lead, but I'll keep you posted...for the time being let's just consider it in the realm of my New Year's resolutions...which I'll be discussing further in my next post.
Email Post
Labels: anne stuart devil's cub georgette heyer historical romance house of rohan romance novels romance writers of america smart bitches trashy books these old shades

Keetha said…
I'll admit I don't know much about the genre but I'm cheering you on 0- write it! It sounds like you have the passion for it. ;-)