Gratitude: Giving What You Have 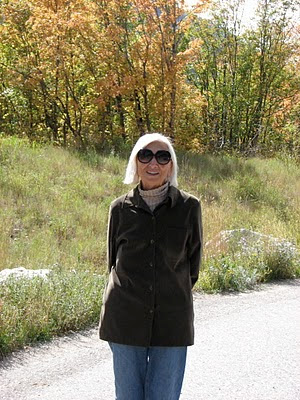 When I was gainfully employed I got into the habit of tithing, or giving ten percent of what I earned. It made me feel good to share what I'd earned and I enjoyed directing money to charities that I believed in. Over the past year, when I've been looking for work rather than earning I haven't been able to give as much since I'm not earning a significant income (or some months, nothing at all).

However, thanks to the example of my mother, I've learned that giving can achieved in other ways. For instance, Mom volunteers for two hours each Tuesday at our local thrift store and two hours at the Senior Resource Center. Lately, she's gotten into the habit of bringing a special treat with her, usually something I've baked, to share with the ladies at the Senior Resource Center.

This morning when I dropped her off, I watched her walk up the pathway to the entrance with a package of brownies that I'd made the day before. She stopped to speak with two ladies who attended the daily 'senior daycare' at the center. After a moment, she handed one of the ladies one of the packages of browies she was carrying, she touched the woman's cheek, and then continued on her way.

1) those brownies were intended for someone else, but there must have been something said that inspired Mom to give them to that particular woman.

2) Mom wasn't feeling 100% this morning, her legs are weak, which means it's difficult for her to walk.

And here's what I learned:

Giving comes in all forms and these random acts of kindness can have just as great an impact as all the money I used to give away. I think I need to find more ways to give back, and I believe my mother's example has provided some wonderful inspiration.
Email Post
Labels: giving gratitude Mom sharing

Anonymous said…
What a tender post and very telling about you and your mom and your relationship with each other and the world outside your home.