Farmer Suzanne - The Fruits of My Labor

I have branched out. I started out modestly with a couple flowering pots on the deck. I moved on to the red geraniums in the flower boxes under my living room windows. I guess it was only a matter of time before I tried my hand at edible plants. 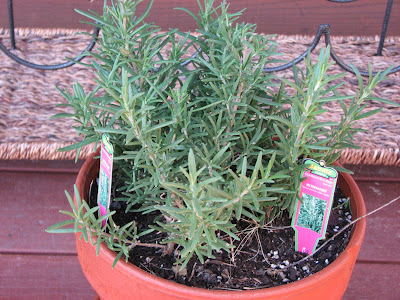 I started with a single rosemary plant. 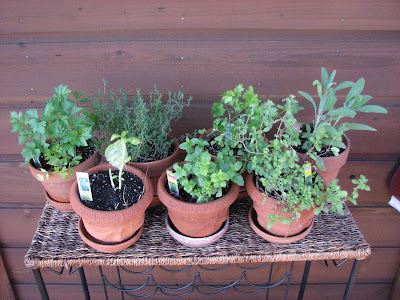 Which quickly became seven assorted herbs. The basil gets harvested most frequently because it's just so delicious when added to my vodka tonic with lemon. The basil and lemon combination add a refreshing twist to an otherwise standard cocktail.

However, I've also begun branching out and experimenting. This morning I created a fines herb omelette, using marjoram and thyme, which made a plain egg dish so much more interesting. I guess it was only a matter of time before I gathered my courage and tried my hand at vegetables. Tomatoes, anyone? 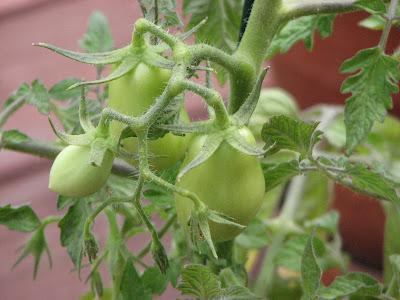 Actually that pot  in the far corner also contains a cucumber and acorn squash plants, which my brother John assures me will not grow in such a small bit of earth. I say, let's see what happens.

The pot in the foreground contains a plum tomato plant...and just look at those little darlings grow, I'll be adding them to a homemade sauce in no time! 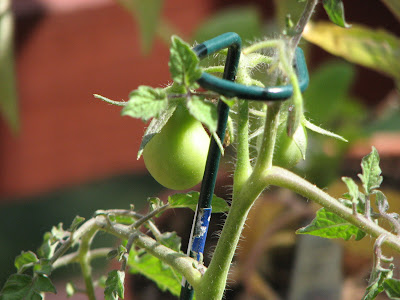 Look at this precious one, called an Early Girl, which is what I hope will happen before it starts to get cold around here. I'll let you know when she ends up in a salad.
Email Post
Labels: flowers gardening vegetable gardens

Anonymous said…
You are so clever! If I even jsut look at a plant, it withers and dies; my mother on the other hadn drew a lily at home, didn't know what it was, brought it in out of curiousity to the famous Kew Gardens down the road from herm adn said: How do I take care of it? They replied, "Lady, these things bloom only very rarely - whatever you are already doing, just carry on!" Funny. I look Forward to drinking your mint tea, that would be fab.
July 24, 2010 at 6:57 PM

Southern Girl said…
Hey, Suzanne! Look at those herbs go! :) I planted basil and a tomato plant for the first time ever this year, and I love seeing them on my back porch. I would love to reach the point of growing all my own vegetables someday, but a couple of terra cotta pots is as far as I've gotten so far. :)
July 25, 2010 at 7:28 AM

Erika Liodice said…
I've been wanting to grow herbs for SO long, but I simply don't have the space right now. Your little table with not one but SEVEN assorted herbs is the perfect solution to my problem. Thanks for the inspiration, Suzanne!

lindsaylohan222 said…
Earning money online never been this easy and transparent. You would

find great tips on how to make that dream amount every month. So go

more details and open floodgates to your online income. All the best.