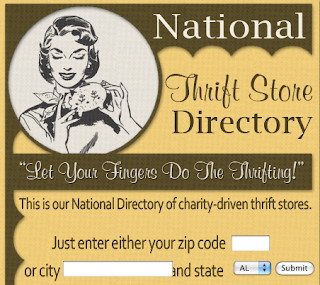 There was a time when I was the queen of Neiman Marcus. Back in the day when I worked on Wall Street, I went to Neiman Marcus twice a year, Fall and Spring, to buy my business suits for the season. I bought five suits with matching blouses and spent what now seems like a ridiculous amount of money.

My priorities and circumstances have changed a great deal since then, (not least of which is that one of my life goals is never to wear a business suit again in my life). Back then my cosmetics were from Chanel and changed with the seasons. Now, make-up is less of a concern as I work from home. But these purchases also reflect the self-absorbed consumerism that drove my spending habits. I developed pet spending projects that became obsessions. When I took a trip overseas, one of the highlights was buying an Hermes scarf on the plane ride home. But then, if I had one scarf, wouldn't two be even better? And then there was my Steiff period in the mid-nineties, when I became an ardent collector of Steiff teddy bears.  If I bought the Steiff Collectors Club edition for the year, shouldn't I also by the next special edition that came out for the holidays?

Luckily, over the years, my  money habits have changed along with my consumer desires. I've come to appreciate the pleasures of saving and investing rather than spending. I have learned how investing even a small sum every month, also known as dollar cost averaging when investing in the stock market, can add up to a nice sum over the years. I've come to appreciate the satisfaction that these small measures can bring over the momentary pleasure of retail therapy.

Which is not to say that I've stopped shopping, but I've learned to shop for bargains. For instance, in Evergreen our only big box store is a Wal-Mart. There I found a $7 black puffy jacket in the mens' department that worked perfectly when the temps dropped, in fact, I bought two extras for my brother and his wife for their visit in March. We also have a terrific thrift store that is run by volunteers from local churches and which uses 100 percent of their revenue to fund a local charity for people in need. There I've purchased a lambswool Ralph Lauren sweater for $8, with the store tags still attached. I got a gently used Le Creuset dutch oven for $4. I'm happy to report that I have donated more than I have purchased, which not only helps me to keep my closets filled only with clothes I actually wear, but also provides a nice tax deduction for charitable contributions. But my favorite part of every thrift store visit is serendipitously finding a book I've been thinking of or had on my list at amazon, there among the thrift store shelves for $2 for hardbacks and $1 for paperbacks. This magic trick has been so consistent with each visit that I now look forward to sitting in one of the comfortable wing-back chairs in front of the shelves and waiting for the book du jour to appear before my eyes.

Admittedly this focus on thrift has become sharpened in the past few months since I have been without a job. However, rather than feeling deprived, I feel grateful that my needs are being met in an abundant, yet affordable way. (When I arrived here woefully without pants that were suitable for the cold weather rather than the Florida warmth I'd left, I was lucky to find and buy four pairs of corduroy pants for an average cost of $6 per pair over the course of a few trips to the thrift store. Not only were they wonderfully priced, they happen to be made of the finest corduroy I've ever felt.)

This thrifty mind-set actually became the impetus to help a local business owner with the suggestion for a new product offering for his soup and sandwich shop. When he included two thick slices of homemade bread with our take-out order for soup, I brought the slices home and turned them into rustic croutons which I then took back to his store and told him that he could use the butt ends of the loaf that he would normally discard to create croutons to sell with the soup as an additional source of revenue for the store.

My evolution toward thrift by choice (and by need) has taught me a lot about how I want to spend my money, why it matters that I become more mindful, not just when I am not working but more importantly once I am working again. I realize that another context of this mindfulness is an acceptance that I am older, am single, and need to secure my financial future. But it is also a realization that there is a certain freedom that comes when you accept responsibility for choosing where you spend your money and what you choose to have in your life as a result. For instance, those Hermes scarves are no longer a great priority (though admittedly I treasure the ones I have), but travel will remain a luxury worth saving for. And lest you think I've joined the monks in a cave in the side of the mountain, I do still enjoy a nice bottle of wine, but I've learned that I have to choose where to spend my money. I still have a long way to go before I find approval in the  eyes of Suze Orman, but I am now living with fiscal eyes wide open. 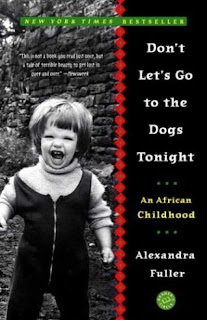 BOOK GIVEAWAY: This morning I finished reading what is now one of my favorite books of all time. And ironically, it is a book that I found last week at, you guessed it, the thrift store! The book is: DON'T LET'S GO TO THE DOGS TONIGHT: An African Childhood by Alexandra Fuller. When I picked it up and read the back cover it dawned on me that I'd first heard of this book a few years ago when it was reviewed in Oprah's O magazine. At the time it resonated with me because Ms. Fuller now lives outside of Jackson, Wyoming, one of my favorite places on earth. However this tells the story of her remarkable, hard-scrabble childhood in Africa. The back copy reads in part:

From 1972 to 1990, Alexandra Fuller grew up on several farms in the remotest regions of Africa. Three of her siblings died in childhood-only she and her sister Vanessa survived. While their father was away for long stretches fighting on the side of the white government in the Rhodesian civil war, their mother managed the farming work with a fierceness and passion fueled by a love of life, and an almost illogical love for Africa....A worthy heir to Isak Dinesen and Beryl Markham, Alexandra Fuller writes with brilliance, humor, and overwhelming affection for her African childhood.

In honor of the magic of thrift store finds, I'd like to give away this wonderful book. The copy is an ARC paperback. All you have to do is leave a comment below. I'll randomly choose a winner next Wednesday!
Email Post
Labels: investments money management savings thrift

JCK said…
I love this post about mindfulness. You really pared your life down, yet I love how you describe your life now. Even through the stress. I see a path that you are feeling out.

Anonymous said…
I agree with JCK ...what a great post on mindfulness. I too hope to never " have to" wear another suit for work everyday. Sadly, I still have about 10 or 12 that I shipped over because I didn't have time to consign them and I wasn't yet ready to donate them.

That time may be fast approaching as my new closet is likely to be finished next week.

I'd love to read the book, but hate to see you incur any cost around mailing it especially since I'm in the UK. I may see if it's available through the library system here. Thanks for sharing it and the book review.
January 31, 2010 at 2:33 AM

Mariellen said…
I sure wish I'd saved a lot more and spent a lot less in my suited working life (which may not be over yet, depending on my next job..) Too many years not paying attention leads to a lot of worry later on. I think one can have very little and be very happy. The too much physical stuff in my life definitely has me feeling bogged down.

Don't put my name down for the book Suzanne, books are one of the things I am trying to reduce drastically the number I have! Just wanted to leave a comment.
January 31, 2010 at 6:42 PM

larramiefg said…
Would it be possible to start a thrift management consulting business? Really, I'm serious your rustic crouton idea was brilliant!

As for one of your now favorite books of all times, I understand the desire to share but it belongs on your "keeper shelf" for several reasons, the first one being: It found you!
February 2, 2010 at 6:47 PM