The Politics of Peace 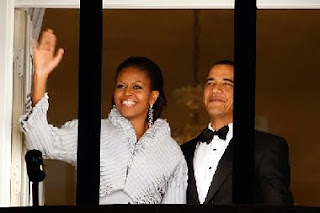 Today I've been watching the coverage of President Obama's acceptance of the Nobel Peace Prize in Oslo, Norway. I watched as he attempted to explain why a leader in wartime can simultaneously be working toward peace. I nodded my head as he acknowledged that he casts a short shadow standing next to former great recipients of the Nobel Peace Prize who received it after they'd accomplished something worthy of the prize rather than in anticipation of greatness as seems to be the case with Mr. Obama. I watched as Mr. and Mrs. Obama stood on the balcony waving to the parading crowds below and thought that they looked like royalty, a foreign concept to most Americans conception of their political leaders. 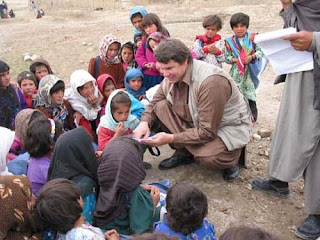 Yesterday, in the First Read newsletter, Chuck Todd of MSNBC compiled a revealing list of the other candidates for the Nobel Peace Prize this year. Included among the group was a familiar name: Greg Mortenson founder of the Central Asia Institute, whose book Three Cups of Tea introduced all of us to his valiant efforts to build schools, especially to educate young girls, throughout Afghanistan. Greg Mortenson has a new book coming out: Stones into Schools which continues the chronicle of his school building efforts in Afghanistan and Pakistan.

When I read that Greg Mortenson had been considered for the Nobel Peace Prize and instead it had been given to President Obama, it gave me pause to consider the intended  purpose of the Peace Prize versus its actual use. There is probably no greater award in the world that carries more gravitas than the Noble Peace Prize and in the past it has been given to men and women who after years of hard work, often in life threatening conditions, have made a difference in the lives of the most desperate. Greg Mortenson certainly fits criteria and I would bet that one generation from now, when the young girls he has provided schools for are grown women, we will see a greater impact on Afghan society than any war effort. On the other hand, I am at a loss to understand what humanitarian accomplishment Mr. Obama was being honored for, what civil society cause he has risked his life for? To say that he is being given the award in anticipation of what he will do in the future seems like a stick disguised as a carrot. 'Here's your treat, now let's see if you can form your foreign policy in a way that pleases us.'

And then there's that $1.4 million dollar award that comes with the prize. I wonder how many schools for young girls in Afghanistan that would have built? By my rough calculations of $20,000 per school, $1.4 million would have built 70 new schools. I wonder what good cause Mr. Obama will put his prize money toward, and will it have the same lasting impact as those 70 schools for girls?
Email Post
Labels: greg mortenson nobel peace prize peace politics President Obama