Know When To Fold 'Em 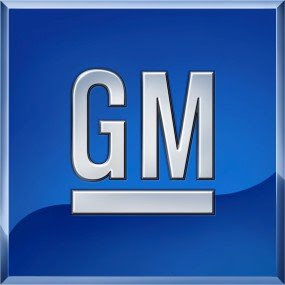 Today I learned a valuable lesson about cutting one's losses. This morning I finally sold all my shares of General Motors after they announced bankruptcy. I know, the writing was on the wall, they've been talking about filing for bankruptcy for months, and certainly their fate became a certainty when Chrysler filed. And yet, I held on, stubbornly sure that since I drove one of their cars (my H3), owned their shares, and they were the biggest of the American car makers, they couldn't go down. But they did.


Oh I had chances to get out earlier, but the longer I held on, the more certain I became in my need to be right. A friend of mine who knows infinitely more about stocks then I ever will preaches the discipline of knowing when to walk away, not to become emotionally invested in a stock so that your perspective is clouded not by rational evidence, but by your own ego. And that's what happened here, I was enthralled with the possibility of 'what if' and 'maybe I'll be right', so rather than cutting my losses earlier and limiting my downside, I decided to ride the sucker down which had an odd psychic thrill akin watching a car wreck in slow motion.

The good news? By selling my shares this morning I salvaged a few dollars and will be able to use the loss as a write off on my tax return. I also learned two valuable lessons: The first was that when it comes to investing it's best to remove the ego. The second came when I was talking to my brother about my loss and he conveyed his own similar stock love affair gone wrong, assuring me that his loss was even bigger than mine (ah the joys of sibling rivalry). Since my reaction to every mistake I make tends to be a descent into all or nothing thinking in which I extrapolate the mistake to every area of my life from my weight to my house hunt. I actually went as far as coming up with an inner rant that went something like this: You see, this is just like you wanting to move back to Incline Village, you are engaging in wishful thinking hoping for an outcome that is not reality, your reach exceeds your grasp. Instead, I was consoled to know that one bad trade is not an all encompassing indictment against one's intelligence or judgement but in fact presents a chance to live and learn.

Live and learn. I think I'll give that a whirl.
Email Post

JCK said…
I could use some bouncebackability. How about if we cheer each other on!?

bernthis said…
It's incredible what has happened. I had a grandma who had a good amount of money in GM b/c back then it was considered a guarantee.