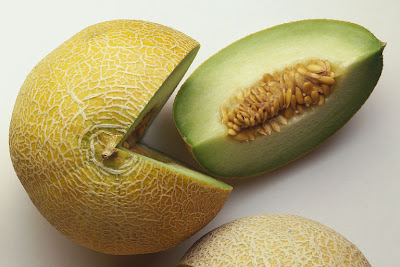 Yesterday, I went to Whole Foods to do some shopping. I'm trying out a new diet, the Flat Belly Diet, that I read about in last month's issue of Prevention Magazine. My experiments with diet and the struggles of trying to lose weight at a certain age is not the point of this post, merely a reference point to my state of mind. What I want to discuss is what happened while I was in Whole Foods.

I began my shopping in the produce section. I shop with a general list of items in mind, but leave myself open to what's on sale or what catches my eye. I picked up some baby lettuce and began examining the tomatoes. I have a pet peeve with tomatoes...so often they are dreadfully devoid of any flavor. The best luck I've had was buying locally from a farmer's market. So I examined the variety of tomatoes on offer with a skeptical eye. As I studied the vine ripened variety that were promised to have been grown in a greenhouse, one of the produce managers approached me and asked if I needed help. I explained that I was looking for a tomato that tasted like a tomato, not like a piece of cardboard. He suggested one of the heirloom tomatoes which sat in their mottled beauty in a stack behind me. Promising that it tasted like the real thing, he asked me if I wanted to try a slice. I declined, choosing to trust his judgement rather than going through the embarrassment of tasting a tomato in the middle of a store, after all, what would we do with the rest?

I put two of the dark purple heirlooms that he'd picked out in my cart and continued to wander around the produce section admiring the plethora of succulent produce displayed in tantalizing piles of color and texture.... are your teeth on edge as mine are after reading that sentence? ok, how about this.....the piles of pretty fruits and veggies.

That was when I found the little Gallia melons pictured above. Looking at them I was confused, from the outside, they appear to be a smaller version of the cantaloupe I'd just put into my cart. But their price tag was nearly double their much larger cousin. I looked to my friendly produce manager for assistance. 'What's this, and why the high price?' I asked. He told me that they were imported, green instead of orange inside, and much sweeter than the cantaloupe. Again he offered me a taste. I declined, out of politeness, but I was admittedly curious. After all, what could justify the cost? Before I could object further, he grabbed one of the little melons and disappeared.

And that is the point, finally, of this post. This man offered me the blessing of a simple kindness. Sure, we can write this off as a calculated marketing ploy to promote Whole Foods and their level of service as a means to justify the sometimes higher prices they command. Certainly that would have been the conclusion if he'd just handed me a couple chunks of the melon and then put the melon half out for purchase. But his kindness extended beyond that, he gave me the whole melon for free. He didn't ask if I was a regular shopper or would never return to the store again. He was simply being kind. That to me is a treasure in our often harried, get the most for your money world. As you can see, it made quite an impression.

And so, this morning I enjoyed succulent slices of sweet Gallia melon that I mixed in with my other cut up fruit to make it go further. To that produce manager, whose name I don't even know, I want to say thank you, it was delicious.
Email Post
Labels: gratitude kindness Weight loss

Natasha said…
Wow! Um where is this store! Customer service is amazing. Can I just say, that has NEVER happened to me :) There are good people all around, infact, one of them is writing this comment (totally humble about it), have a great day
June 6, 2008 at 8:46 AM

Carolyn said…
I love shopping at Whole Foods for this exact reason. I have had the same experience on more than one occasion (well, not with melons, but with other stuff). Their service standards are impeccable, but, like you said, the staff are also very kind. Great post.
June 6, 2008 at 11:21 PM

Natalie said…
i have been to whole foods one time, and i must say it was a feast for the eyes. the fresh produce was so beautiful. i had my camera but resisted the urge to pull it out and snap pictures. we have a great farmers market like thing every week where we live, but they don't have a ton of variety. that is what i loved about whole foods. i will definitely be going back there when i am in the states!
June 8, 2008 at 5:07 AM